I have set up a dedicated webpage for my pre-release Fantasy Adventure book Gondell's Quest.

Gondell's Quest Page
Posted by Unknown at 05:38 No comments:


Well, the 7 day 99c / 99p countdown promotion is almost over, only another 5 hours or so left. But it saw Traffik boosted back into the top twenty bestsellers in Men's Adventure on Amazon UK. Nice to see it on the front page rather than languishing at #40 or #50. Just need to get into the US market now!! 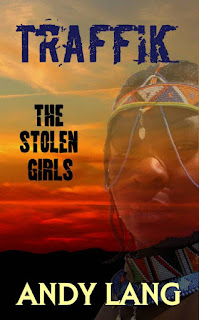 My first venture into Fantasy Adventure.
Editing is progressing nicely, flowing smoothly so far, which is strange because this is usually the most tedious part of the writing process. All will be ready for the official publication date on the 15th of October 2015. 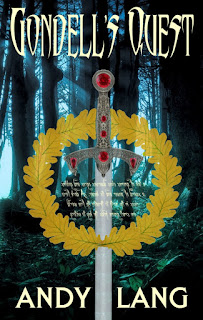 Long before the dawn of man, peace reigned in the world. True evil did not exist. Or so it was thought, for the ancient evil had been defeated long before. But even the wisest can make mistakes. For a new darkness from the north began to spread across the land, insidiously, secretly, a dark leader rising from the ashes.

Gondell Lenzen had never considered himself special or important, an ordinary Gnome, leading an ordinary life. Yet a hidden and long forgotten family heritage drew young Gondell into a chain of events that would bring the free world to the brink of disaster. As the forces of darkness massed against the armies of the Guild, only the legendary Keeper could bring certain victory, a fact that both sides knew well.

A small team of misfits may prove to be the free worlds only hope as they struggle against the greatest odds to snatch Gondell, the Keeper of legend, from the clutches of the Dark Lord and his minions. An unlikely group. Elf, Ogre, Dwarf and Nymph partner with a Ghul, a desert demon in a desperate race, a race that they cannot afford to lose.

Gondell's Quest, an epic adventure into the world as it was before the rise of man, a titanic struggle between the forces of good and evil. A story of friendships forged, loyalty won, strategies revealed, deception, fear and doom.


As a special pre launch promo I'm going to be offering the book on pre-order for only 99c / 99p right up to the launch date. (starting from tomorrow) So if fantasy is your thing head on over to amazon now and grab a copy.