It's been a while since I last visited my blog.
The battle against tobacco has taken its toll on my patience and concentration, and it is only looking back at this moment, on almost three weeks since I lit my last, that I truly understand that this has been hard. And, in all of that time I have written a total of 2000 words (and I'm not happy with any of them). I usually write an average of 3500 to 5000 per day.... I don't know where the time and inspiration went.

But on a more positive note, I'm feeling much better prepared to start writing again now. Finding Justine has suffered, so it's time to settle down again, and probably scrap the last chapter. I had aimed at writing a shorter book, around the 70 to 80,000 word mark... but as always, it's heading toward 100k+ (currently at 94k and still a couple of chapters remaining). 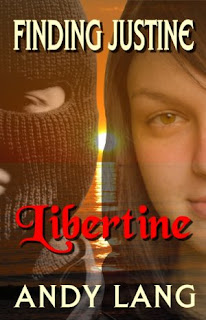 Feedback so far has mostly been encouraging, but the darker undercurrent of the book has been clearly spotted, something that I am determined not to change! The book addresses a dark and sinister issue, and it's impossible to explore sadism without making a few people wince as they read!


On a different note: Traffik: The Stolen Girls finally got it's first review on Amazon.com. A very nice 5 Stars. Encouraging.

The horrors of Sex Slavery
I love this book! It is about sex slaves. This book needs to be read by everybody because this crime is still happening! We need to be aware of this disgusting assault on our sisters and brothers to STOP it! The book is fiction but the crime isn't. Andy Lang really shows what hell they go through! I want to thank Andy for bringing this out into the open, out of the shadows! To the who fight this every day, Thank You!

Gondell's Quest is still selling steadily on iTunes, but as yet, still nothing on Amazon??? The final part, The Sword of Kalenzi will be released next year, but I am not going to put any estimate on when. It will be when it will be.
Writing the first part was a pleasure, one of those things in life that simply felt good. I want this second and final part to be the same. No rush. 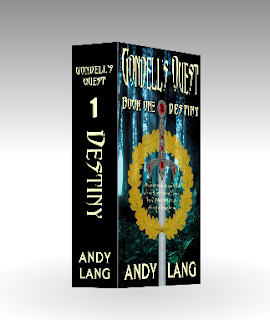