How to quit smoking

Maybe you are expecting a few pearls of wisdom! Maybe the title of this post promises to reveal hidden secrets, tips, guaranteed cures etc, etc.
Sorry... I'm not promising anything like that, just a progress update and my own method for tackling a habit that has shadowed my life for 34 years. (My own method basically employing the cold turkey approach.)
An average of a packet each day, 365 days, 34 years, almost a quarter of a million cigarettes... and don't even begin to mention the cost... because I'm avoiding that uncomfortable reality.
So many locations, so many brands: Dunhill and JPS, in the UK, Camel and Ducados in Spain, Styvesant in South Africa, Gaulois in France, back to Dunghill in Brazil, and finally Safari here in East Africa. 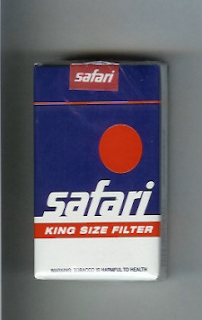 And could I light up now? Absolutely!

Will I? Absolutely Not.


Just over three days smoke free now, three days of frustration, and hypersensitivity to just about everything that could possibly annoy me... radio's, noisy neighbours, watching other people enjoy a cigarette, listening to those who insist that it's all for my own good!

Early days many will say... three days passed. But I already feel the cravings reducing. Yesterday, to put it politely... was bloody awful, the withdrawal intense and frequent, yet today, I have frequently paused and reached for my packet, only to remind myself that I've quit, the distress, fleeting.
There is light at the end of the tunnel, and hopefully within the next few days I can get back to writing, using natural concentration and focus... rather than nicotine enhanced reality.

Which will be a relief, because Finding Justine has found itself in limbo... stalled at 87,000 words, only around 10 to 15k left to write, but even today the concentration required just wasn't there! Hopefully tomorrow I can find the focus.
Once I have put Justine to bed I can concentrate on the final part of Gondell's Quest. The story is clear in my head, and plotted out in my notes... I just have to find a little time to add all the words, and hopefully stay within the same boundaries as the first part - 740 pages / 175,000 words.
Another project is nagging me. Non Plus Ultra. Started some months ago, and flying nicely until inspiration deserted at 42,000 words, two different men from vastly differing backgrounds, one devout, ethical, honest. The other, unfaithful, dishonest... a typical ex-pat conman. The build up is complete, both characters have been introduced, they are set on a collision course from opposite sides of the Med.... and NO ENDING!! It will come eventually.

So back to the title of this post... How to quit smoking.

Will-power... determination, and finally seeing sense after far too many years.
If I can do it - Anyone can.