Here are the lnks to The Red Trade on the various Amazon global websites.

The pre-order price is set at the Amazon minimum (depending on region) until the 12th of September. 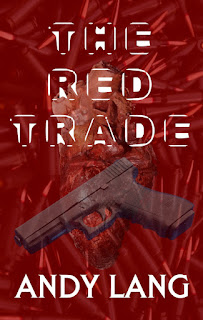 Editorial.
A truly frightening tale, more so because it is based on documented fact. The Red Trade is the heart wrenching story of a group of small children who are abducted from their homes by ruthless, heartless men, and sold for organ harvesting, sacrifice to superstition, and to satisfy the sick and twisted desires of wealthy foreigners.

A look at rural life in East Africa, and an accurate portrayal of the hardships faced daily by the less privileged in Kenyan society, (who are the vast majority). The book also touches on a subject considered by many as taboo. Albinism generates mixed response in Africa, misunderstanding and superstitious ignorance surround these people who are pure African, yet of the “wrong” colour.

Finally a book that champions the less fortunate, and hopefully will help towards understanding and tolerance.

But they all share one thing in common. They are targets for The Red Trade. For a criminal gang is operating in their small corner of Africa, and customers around the world eagerly await.