Unfortunately for those of us that live outside of the States, $0.99 actually means $2.99. This is something that I just cannot understand... we live in a digital world now, forget letters and parcels and postage. Peninah's Passion is digital, data, bytes of information. Sending it anywhere in the world costs an email. So why does it cost an extra $2 to send an electronic copy to users in Africa... in fact, to users anywhere in the world that live in countries that do not have their own Amazon website and are directed to .com? It's not like there is the old excuse of... "Well, it's because postage costs are high to ship to Africa."

I just don't understand. But there you have it, that's my little moan for the day complete.

Gondell's Quest almost made it into the UK top 100 bestseller list earlier today, as a pre-order it reached #162 in Fairy Tales and #164 in Mythology and Folk Tales. Fingers crossed that it can hit the lists even before anyone has read it!

Editing and proofing continues, and I am devoting considerable time to the illustrations now, my current project, the Griffins of the high mountains. (But I will say no more at the moment, but yes, there are Griffin in the tale, along with many other mythical beings.)

With my work with Gondell and his friends nearing completion, my mind turns to the next project. Should I begin the Kressa Trilogy or complete Non Plus Ultra. Empire is just begging to get finished, as is Crusader. I can't decide at the moment. Maybe inspiration for a new novel will strike... who knows. 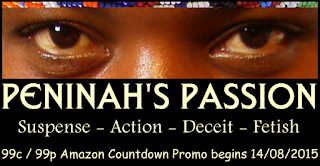